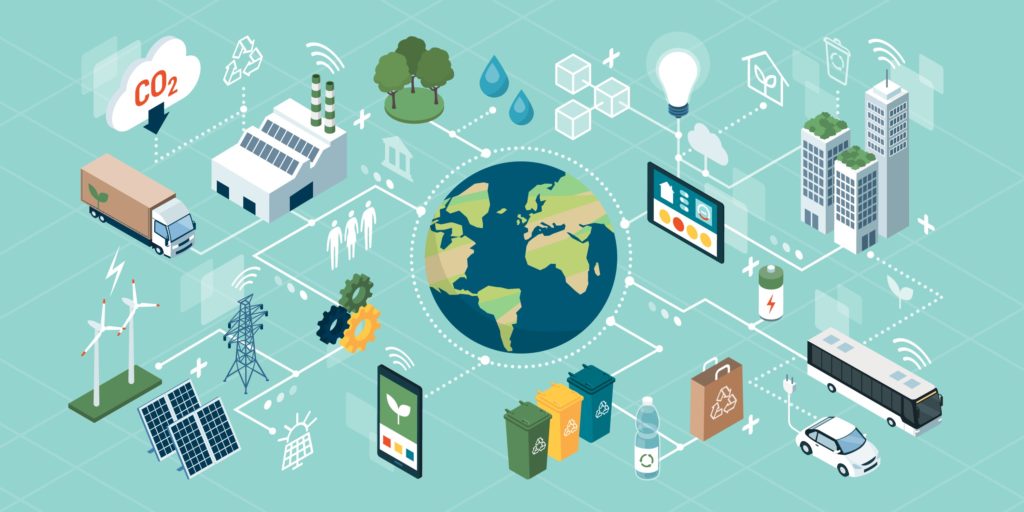 Whatever your concerns about the global climate emergency, it is unequivocally positive that, in the UK, we have reached an effective consensus on the seriousness of the problem. Climate change deniers have been comprehensively disproven and banished to the margins of the debate. Public opinion overwhelmingly favours drastic action to reduce carbon emissions. Our political parties are united on the issue, competing with one another only on who can set out the boldest vision for net-zero.

However, we still frequently hear a wide range of myths and misconceptions about the technologies and tactics that can help decarbonise our economy and society. Below, Chris Brierley of the Active Building Centre sets out rebuttals to some of the prevailing folk wisdom on climate change technology: from heat pumps to electric vehicles.

The most common refrain when discussing those 19 million UK properties that need retrofitting even to reach a ‘C’ EPC rating is that these refurbishments are prohibitively expensive. This is an entirely legitimate concern: most homeowners would baulk at thousands of pounds’ worth of home upgrades, while large-scale government subsidies will place further stress on our already strained public finances.

But this is a classic false economy. Most fundamentally, each extreme weather episode caused by dramatic changes in our climate can deal billions of pounds in damage to property and the economy – to say nothing of their appalling human cost. These events will only become more and more frequent if we cannot get a handle on our carbon emissions, and the 40% of these that derive from our buildings.

Meanwhile, the more we invest in the technologies to retrofit buildings, the cheaper they get. Replacing your gas boiler with a heat pump may currently run into four or even five figures, necessitating the recently announced programme of £5,000 state subsidies. But, just as has happened with solar pumps in the last two decades, that cost will come down over time.

If you can go further still and not just reduce a building’s carbon emissions, but configure it to be self-sufficient and even generate a surplus of renewable energy, then you can turn the whole equation on its head. Up-front expenditure gives way to a recurring pay-off. A local authority in Wales with whom we worked to deliver a social housing scheme had estimated the average annual energy cost per household to otherwise be c.£1,500. With the energy systems we designed for these homes selling spare energy back into the grid, the council now expects the homeowners to receive an energy payment at the end of the year.

As much as critics like to paint wind power as intermittent and unreliable, renewable generation is only one part of the net-zero energy landscape. Flexibility of consumption patterns, with homeowners able to store surplus energy on-site, is the other crucial ingredient. This would actually instil more resilience into our energy networks.

Storm Arwen in November 2021 demonstrated precisely this point. In the worst power cuts suffered by the UK in decades, 31,000 homes across Lincolnshire and the North of England went four nights without power. Houses with integrated electrical storage might have been able to ride out the disconnection, with either sporadic or even undisturbed access to power.

A similar charge is routinely levelled against electric vehicles (EVs). Critics allege that charge-points are too few and far between for many motorists. It is certainly true that much more charging infrastructure is required – though this is an argument to do more, not less. That’s why we incorporate charge-points into every single private housing development and public regeneration project on which we advise.

But even today, EVs are increasingly trusted by key services. Just listen to Martin Surl, the former Gloucestershire Police & Crime Commissioner, speaking at our COP Gloucestershire event this October. He explained that, having overseen the introduction of EVs into the police fleet during his tenure, every police force in the country could operate unaffected, and even save money, if 40% of its vehicles were electric.

Moreover, the vulnerabilities in our petrol supply chains were exposed during this year’s autumn shortages. Electricity generated via renewable sources doesn’t just emit much less carbon; it also reduces our reliance on overseas supply routes that are more subject to political and market volatility.

MYTH #3: It doesn’t make a difference

People can often strike a defeatist tone when looking at a challenge of this scale. What’s the point of making these sacrifices if bigger polluters like China and India aren’t matching the UK’s ambition? Is net-zero even possibly without a miraculous silver bullet, like a breakthrough in nuclear fusion?

We disagree. By leading the way we can set an example for other countries and establish global leadership in the economically important field of net-zero construction. There are also local benefits to ‘greening’ our homes and transport: skilled jobs, cleaner air, less demand for expensive and obtrusive large-scale generation facilities like nuclear power plants.

Nor do we need to wait on the arrival of the technological cavalry. Even without a dramatic leap forward in technology, much of the kit we will use in the zero-carbon houses of the future is already available off the shelf. The challenge is to integrate these in the optimal configuration. Educating councils, developers, housebuilders and homeowners on how they can help climate change is therefore critically important.

Many of these myths continue to abound, even among those passionate about reducing carbon emissions and climate change. Post-COP, we believe that a concerted public information campaign is a crucial next step in bringing businesses and the wider public with us on the journey to net-zero.

Chris Brierley is Head of Communications at the Active Building Centre, the UKRI-funded centre of excellence working to accelerate the UK’s drive towards net-zero carbon by transforming the way buildings are powered and heated.