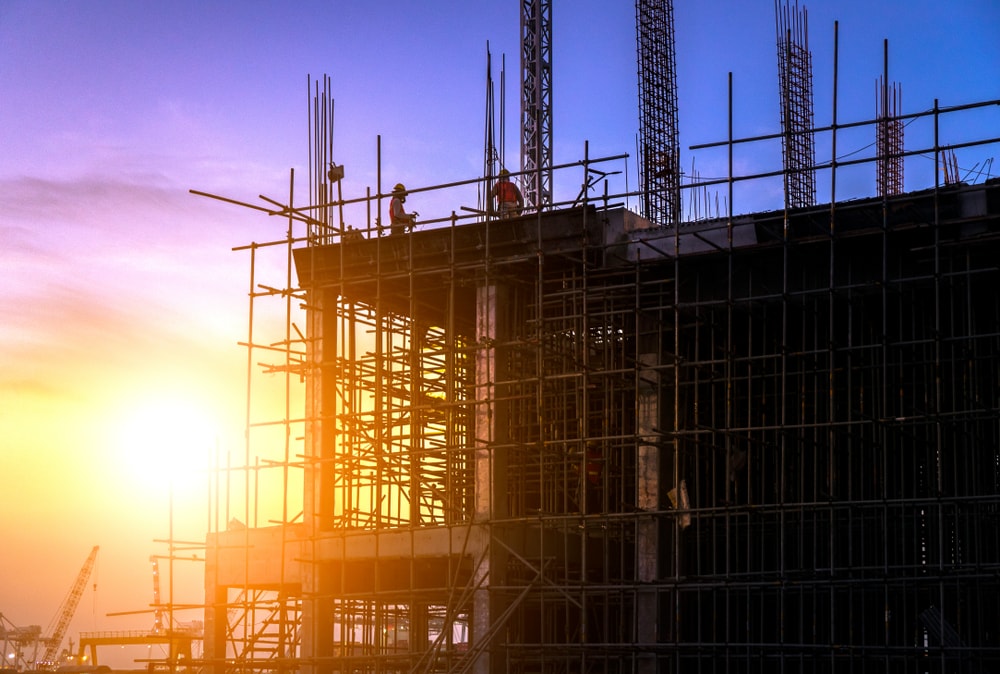 Figures released by IHS Markit/CIPS show that as the summer heat falls, as has construction output.

This year’s construction output has been on a rollercoaster fueled by the weather; the cold start to the year froze productivity, while the summer’s intense heat fueled a rebound. Now, as the heat loses its grip on the country, the latest figures show a loss of momentum.

IHS Markit/CIPS report a moderate growth for construction in August, with the seasonally adjusted Purchasing Managers’ Index easing to 52.9. A startling drop from July’s 14 month high of 55.8, and the weakest rate since May, but still remaining above the 50.0 no change marker.

The best performing area was commercial building, with residential work continuing to show a strong output. However, where home-building has led and helped keep construction’s ‘head-above-water’ through the difficult months – this month’s figures show the weakest growth since March.

August also showed a difficult month for civil engineering, with respondents citing a lack of new infrastructure work – this is the first time in five months’ output in this sector has dropped.

New business has also hit a slow-down, mirroring the trend in construction output, and reports suggest that Brexit uncertainty is holding back high investment spending. However respondents reported resilient client demand and supportive economic conditions. This in turn has kept the labour market high, with employment growth holding close to the two-and-a-half year peak seen in July.

The latest figures also give us a glimpse into future production, with suppliers’ delivery times lengthening to greatest extent since March 2015. Rising demand for construction inputs meant that stretched supply chain capacity continued during August, while input cost inflation eased to 25-month low.

Purchasing activity increased for the 11th consecutive month in August, although the latest upturn was the weakest since March. Low stock and labour shortages among suppliers continued to impact on delivery times for construction products and materials.

Although all three broad categories of activity recorded a loss of momentum since the previous month, all in all output across the UK construction sector remained steady with signs of resilience in terms of underlying workloads, and a solid upturn in new business.

UK construction companies are optimistic that business activity will expand over the coming 12 months, but the degree of confidence eased to its weakest since May. Survey respondents cited confidence about achieving organic growth through new project wins and geographical diversification, while Brexit uncertainty remained the main factor cited as holding back sentiment.

Blane Perrotton, managing director of the national property consultancy and surveyors Naismiths, commented: “After a turbocharged summer, the ship has steadied and an uneasy calm is returning to the construction industry.

“Output has seesawed for much of 2018, with July’s bonanza helping correct the near paralysis forced on construction projects by extreme cold at the start of the year.

“But July’s mini-explosion in both output and sentiment was an expression of pent-up demand rather than a permanent turnaround. August saw the industry pause for breath and take a reality check.

“With Brexit storm clouds still looming on the horizon, the current modest progress is as much as can be expected – especially in the South East.

“Other markets are looking more buoyant – particularly the West Midlands and Bristol – but as the countdown to Brexit enters its final months, businesses’ gnawing sense of uncertainty will continue to peg back levels of investment. In that context, a steady ship should be seen as a real achievement.”