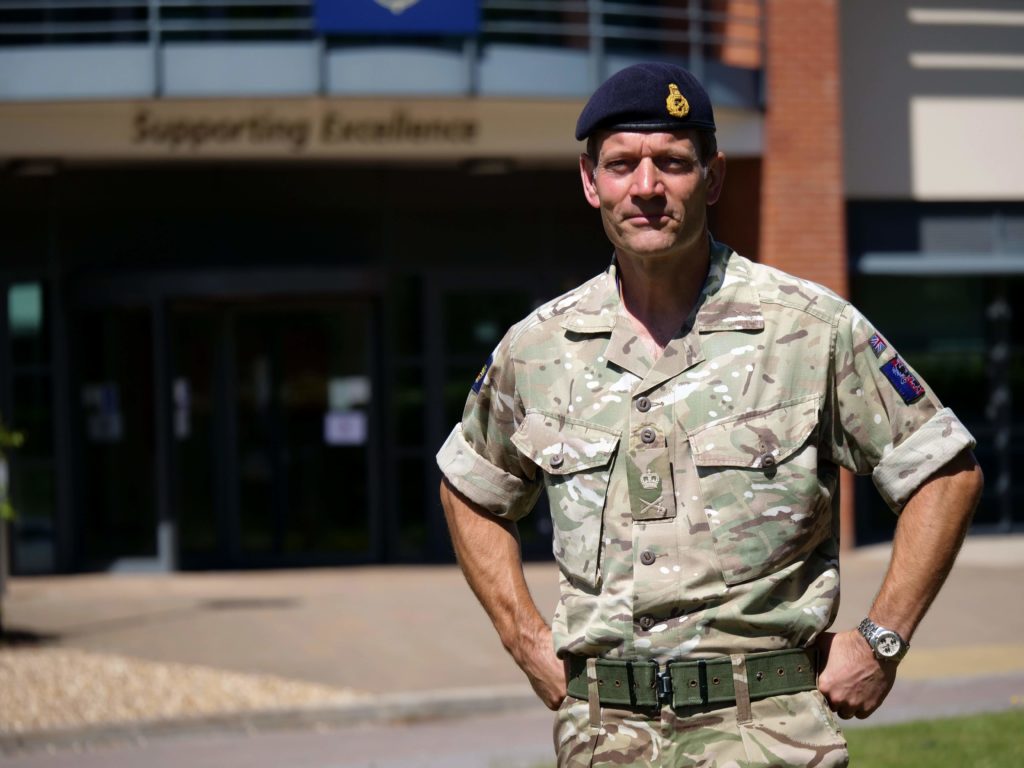 The winners of the annual Association for Project Management (APM) Awards have been announced at a live virtual ceremony which took place on Monday 16th November 2020.

The APM Awards recognise the very best within the project profession, from aspiring young project managers to complex and transformational projects and programmes, both in the UK and internationally.

This year, Lieutenant General Tyrone Urch CBE, Commander Home Command and the Standing Joint Commander (UK), was awarded APM’s Outstanding Achievement Award for his pivotal role in leading the Ministry of Defence’s support of the NHS in the building of the Nightingale Hospitals during the ongoing COVID-19 crisis. This award recognises the work of an individual in the field of project management, who has delivered something extra special in their role.

Lt General Urch and Standing Joint Command received its first order from the Government to support the COVID-19 response on 28th February. Following that order, 20,000 soldiers – mostly from the British Army – were stood up for the task which was named Operation Rescript, to build the Nightingale Hospital at Excel in London.

In just 72 hours, Lt General Urch’s troops had managed to build 40,000 beds by working round the clock in three shifts. The NHS also called on Standing Joint Command to build the wards and deliver the oxygen. Within 10 days, the London Nightingale was built through the efforts of Standing Joint Command, the NHS, and civilian contractors.

On accepting his award, Lt Gen Urch said: “It has been a challenging project, there’s no doubt about it, it was a crisis that touched the entirety of the UK.  It was complicated but nothing beyond the armed forces and being able to deliver it, and our military men and women did some amazing work on the ground.

“Bringing 36 years of experience in the army, and project delivery training has, in a programmatic sense genuinely delivered success.   It’s a great honour and a privilege to receive the recognition, but I receive it on behalf of all the amazing men and women in the Royal Navy, the British Army and in the RAF.”

Debbie Dore, Chief Executive of APM, said: “I would like to congratulate Lieutenant-General Urch on winning this award for his efforts in delivering one of the largest national response projects the country has seen.

“Our awards are all about celebrating the outstanding successes and achievements of the project profession, made all the more significant by the unprecedented challenges posed by the COVID-19 pandemic. I would like to congratulate all of this year’s award winners and finalists. They are a true reflection of the growing talent within the profession.”

APM also recognised projects involved in the COVID-19 support response this year including Babcock for its involvement in the Ventilator Challenge UK (Zephyr Plus) which won the Mike Nichols Award for Inspiration. Babcock was asked by the UK government to help design, procure and assemble ventilators in the fight against COVID-19. The project team stepped up to the challenge, working relentlessly for 87 days straight to deliver outcomes no one believed were achievable. Within five days, a working prototype was in place, and by day seven, they presented the working concept with proposed delivery schedule of 10,000 units by the end of June.

HMRC won Programme of the Year for its COVID-19 Programme, the Coronavirus Job Retention scheme (CJRS) which launched on 20th April. It has benefited over 1.1m employers and 9.1m jobs have been furloughed, paying out nearly £22bn.