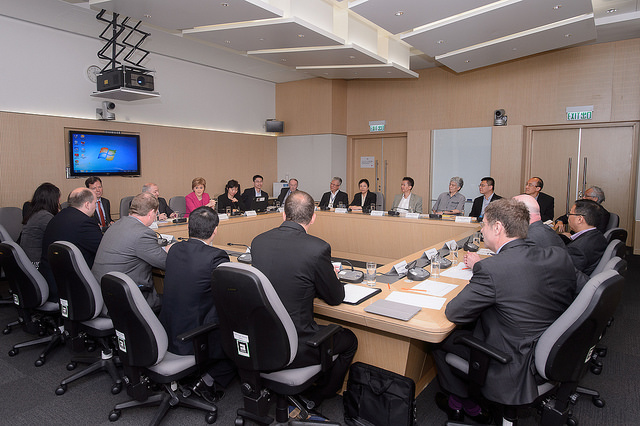 Over 50 Scottish businesses benefited from the China innovation trade mission, it has been confirmed.

First Minister Nicola Sturgeon visited Beijing, Shanghai and Hong Kong on a five-day promotional trip to strengthen business links between Scotland and one of the world’s largest economies.

Energy, technology and low carbon were amongst the sectors promoted by the First Minister. Food and drink, textiles and education were also endorsed.

Whilst there, the First Minister opened the Edinburgh Centre for Carbon Innovation (ECCI) in Hong Kong. The University of Edinburgh manages the innovation hub in an effort to promote low carbon and sustainable technologies in China.

The university was one of the five Scottish universities who created research exchange partnerships over the course of the trip.

On the final day, a Scottish companies round table discussion was led by the First Minister at the Hong Kong Foreign Affairs Bureau. It was there that Scottish expertise was emphasised to encourage innovation with the Hong Kong government.

At the end of the five days, ten companies had secured a combined total of £55M worth in partnerships spanning three years.

The trade mission also ensured a minimum of 82 high value jobs in Scotland and 24 jobs in China.

First Minister Nicola Sturgeon said: “Innovation is key to capitalising on the growing Chinese economy and I wanted to show what we as a country can offer.

“I was proud to be able the showcase the work of 50 Scottish companies during my time in China.

“We have had huge success with ten Scottish companies securing partnerships worth £55M. We have proven that Scotland is definitely open for business.

“From energy to education, Scotland can offer exciting new innovation collaborations that deliver a boost in business growth for both countries.”