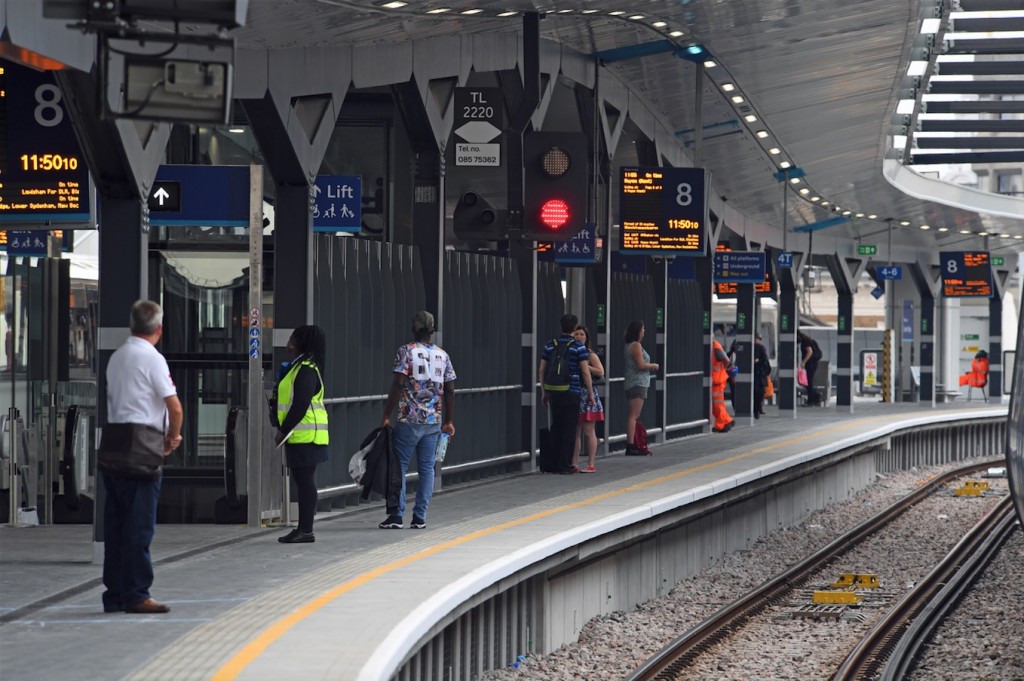 Network Rail has released a new timelapse video of London Bridge station as it moves into its final phase of construction.

The video shows the progress made in the first month of the final construction phase.

Engineers are seen removing track through platforms 1 to 3, with the platforms later totally demolished.

Platform buildings and the last of the 1970s footbridge are also demolished as part of the station’s redevelopment.

New track is laid for trains to and from Cannon Street, with services then resuming on the newly laid tracks.

Brick supports are uncovered on top of the original arches, which are removed to make way for the final third of the concourse, due to open in January 2018.

A new entrance will be created for the concourse onto Tooley Street.

Once the £1Bn project is completed in January 2018, it will be larger than the pitch at Wembley Stadium.

Two-thirds of the new concourse at London Bridge railway station was opened over the August Bank Holiday, as work continues on the rest of the redevelopment.

He said: “We are rebuilding Britain’s fourth busiest station – the tracks, the platforms and the infrastructure which enables trains to run – all the while keeping the station open and doing our best to keep passengers moving.”

Speaking on the progress, Simon Blanchflower, Network Rail’s Thameslink Programme director, said: “In August we reached a huge milestone for the Thameslink Programme with the opening of the first part of the new concourse at London Bridge. The progress we’ve made since then has been nothing short of incredible.

“The new station looks fantastic and understandably grabs a lot of the attention, but just as important is the work we’re doing at Bermondsey and on the approaches to the station. Ultimately, that’s what allows us to give passengers what they really want – better, more frequent and more reliable journeys.”