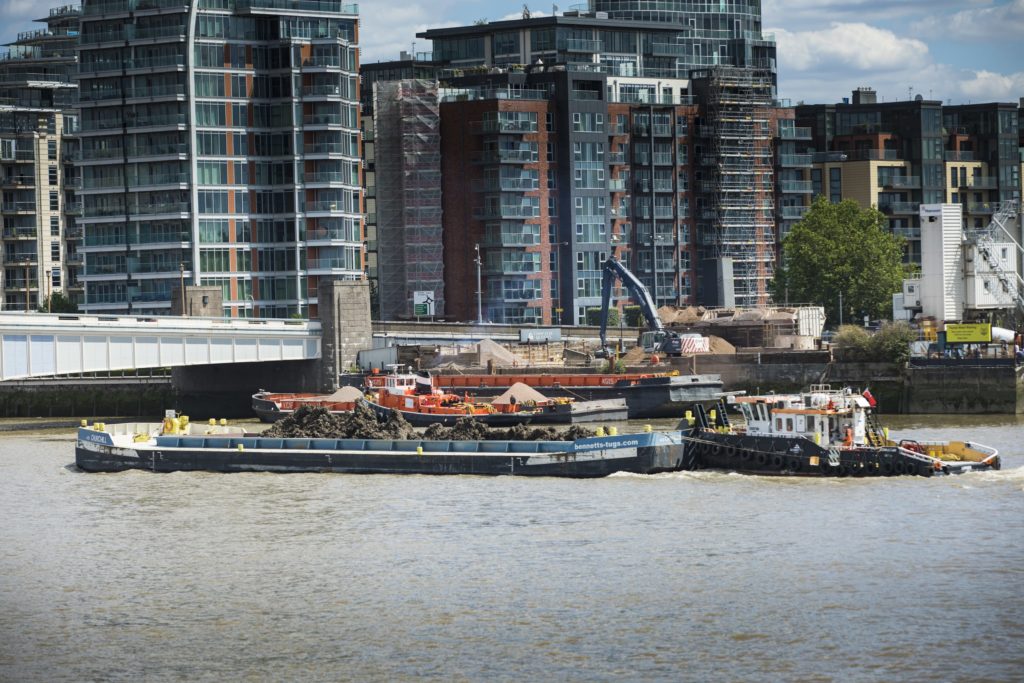 Land & Water has completed its works as part of the Thames Tideway Tunnel project to transport and unload the London Clay mined from the new ‘super sewer’ tunnel to its Habitat Creation Scheme in Rainham.

The work was carried out on behalf of client AC Bennet & Sons, who are employed by the Joint Venture between BAM Nuttall, Morgan Sindall and Balfour Beatty, and are delivering the west section of the new 25km tunnel.

By using river barges, Land & Water has removed more than 25,000 lorry movements from the roads of London, transporting 850,000 tonnes of material from the main drive site for the west section at Carnwath Road Riverside in South West London, to Land & Water’s Jetty at Coldharbour Lane where it was then reused to help regenerate natural habitats.

Having become involved in the project in January 2018, Land & Water has worked alongside the joint venture throughout the tunnel drive to unload barges supporting the delivery of the west section.

Tom Melhuish, Commercial Supervisor at Land & Water, said: “For many years, Land & Water has been working hard to deliver innovative logistical solutions which will unlock future supply chains in and out of London.

“This project is a truly great example of how the River Thames can be harnessed as a sustainable transport system, reducing both congestion and air pollution, whilst also championing the beneficial re-use of waste to design new habitats and foster biodiversity.

“Despite receiving up to 5,500 tonnes a day and having the added challenge of requiring barges to be unloaded within 12 hours, the project team successfully completed the works without any delay to the tunnelling.”

This latest project is part of Land & Water’s continued commitment toward safeguarding the environment whilst also investing in UK infrastructure to build sustainable solutions. The west section of the Thames Tideway Tunnel project has contributed over 450,000 tonnes of material to Rainham. This will encourage greater areas of greenery along the Thames Corridor, will see up to six million tonnes of wet and dry spoil material imported to create an oasis for birds and wildlife alike.