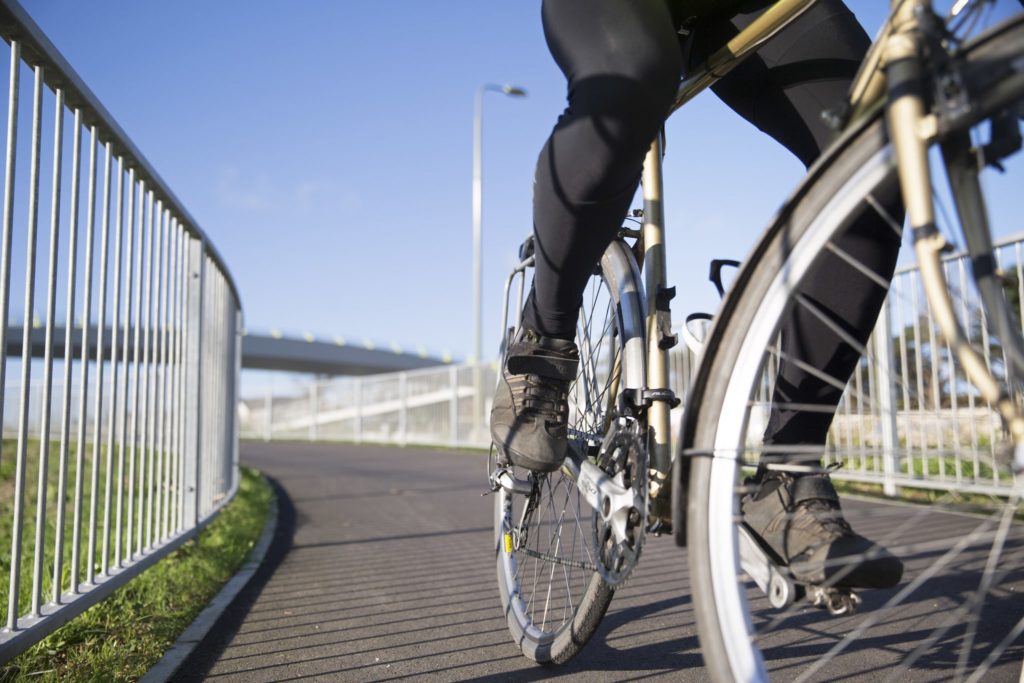 Highways England is investing in the picturesque 24-mile North Somerset coastal cycleway. Since 2015, Highways England has invested more than £85 million into the creation of more than 160 new and upgraded cycle ways throughout England.

Thanks to this massive investment from the Government body, there are now more safe, attractive and accessible facilities for those who use their bikes to get to work, go shopping, or for leisure purposes.

Cyclists, pedestrians, and horse riders will see more benefits over the next five years, with £169 million in funds set aside as part of Highways England’s new Users and Communities fund. The organisation is using the funding to improve services for users and neighbours of England’s motorways and major A-roads. Plans include an increase in options for people who want to travel in a more sustainable way.

The latest funding, which was announced on Wednesday 21May 2020 includes £1.3 million to help create a path between Weston-Super-Mare and Clevedon and to complete the final part of the cycle route between Brean and Portishead in the South West.

Currently, those who want to cycle between Weston super Mare and Clevedon must negotiate a motorway junction, along with a busy A road. However, the new section of cycle route will remove these challenges, and will add to the mix of quiet lanes, dedicated cycle facilities and a crossing of the River Yeo on the route. It also looks to reduce the travel distance between the two towns by around four miles for those not in vehicles, and, will provide a vital link between existing routes.

The new path, to the west of the M5, will not only see a reduction in traffic around the M5 J21, and on the motorway, but it will also bring about a growth in the use of sustainable transport, improved air quality and a healthier society in general.

North Somerset Council executive member for transport, Cllr James Tonkin, said: “This funding from Highways England is fantastic news. Building a Weston to Clevedon cycleway is a long-held aspiration for the council, first proposed back in 1979.

“It will give a quiet, safer route for cyclists, avoiding the busy A370 and M5 junction 21. It will be designed to accommodate disabled people and will have health and environmental benefits by encouraging an active lifestyle and reducing travel by car.”

Chris Heaton-Harris, Cycling and Walking Minister, said: “Across the country there has been a surge in the numbers of people getting on their bikes or walking as part of their daily exercise, and I want to build on this with our recently announced £2 billion investment to create a green legacy.

“This 24-mile coastal cycleway will provide a great space for cyclists, walkers and horse riders and help them boost their physical and mental health. Cutting the journey between Weston-Super-Mare and Clevedon by four miles will also make this journey more accessible and help cut road traffic.”

Highways England manages four designated funds, which are allocated by the Government, to deliver benefits above and beyond building, maintaining and operating England’s strategic roads.

Steven Wright, Highways England’s Users and Communities Fund lead, said: “We’re committed to significantly improving safety across our road network, and the new and improved cycle and footpaths will make it much easier and safer for cyclists and pedestrians.

“At Highways England, our work goes beyond operating, maintaining and improving roads. We’re investing in the environment and communities surrounding our network, as well as the people travelling and working on it. We aim to address social and environmental issues and add real value to society.

“We’re delighted to be partnering with North Somerset Council to realise this project – a glowing example of how this funding can make life better for communities living and working near our roads.”

Funding from Highways England has also helped to create safer routes for cyclists around the A540 near Ellesmere Port, Cheshire, the A64 near Musley Bank and Tadcaster Bar and the M11 near London Stansted Airport, where cyclists who are commuting to the airport previously had to navigate the hazardous J8.