Brexit: Impact and Challenges for Construction 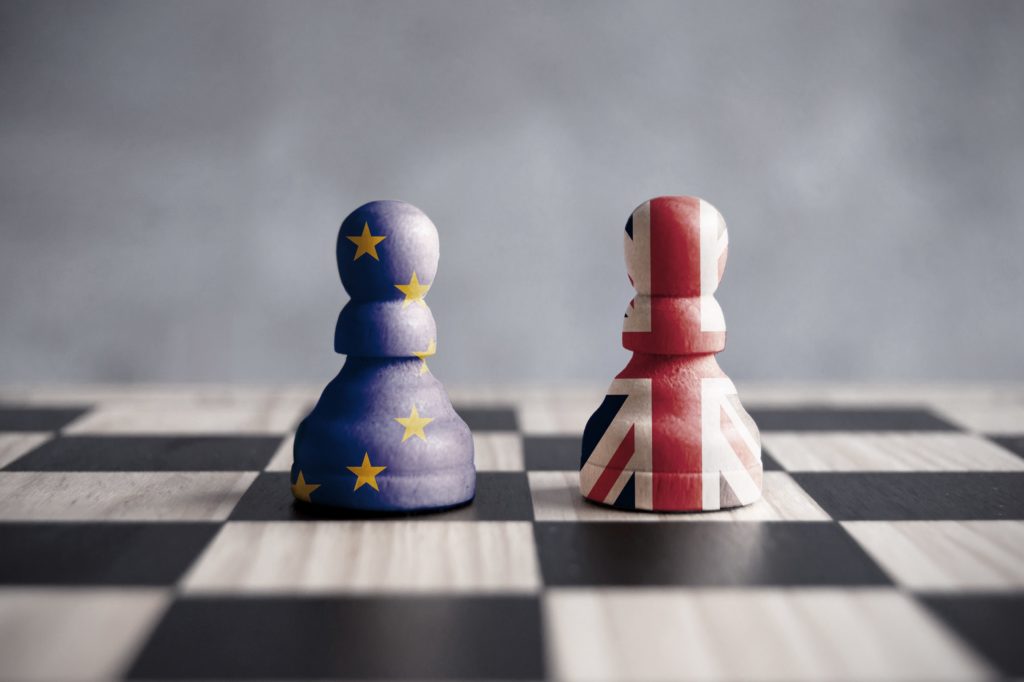 Sean Keyes is Managing Director at Sutcliffe, which has offices in Liverpool, Manchester, North Wales and London. In this latest feature for UKCO, he writes about the impact and challenges the construction industry may face when the UK leaves the EU.

I was never in favour of Brexit and I would have much preferred to see the UK stay with her European partners, but as I have said for some time, the country voted for Leave and we have to respect that and make the best of the situation. By thinking smart, I truly believe we will find a way that works for business.

So what does Brexit mean for the construction industry specifically, especially as we rely so heavily on non-UK labour for skilled and unskilled roles? It is clear how the European economy allows people to move freely from one country to another, and certainly Sutcliffe has over the last 10 years taken advantage of this by recruiting skilled European engineers. Since Brexit began, we have noticed that these people are not coming over in the same capacity – and the skilled labour from slower economies such as Spain and Italy are choosing Germany over the UK. I see this only exacerbating the skills shortage we already have in this country following our transition.

In terms of unskilled labour, in our experience there has always been a high percentage of Eastern European labour coming here to do trade-type work – again, we have found these numbers to have dropped slightly but not as significantly. This will have a two-pronged impact – it will push up the price of a given job, and in a competitive world the client will end up paying for it. The downside to this is several projects with only marginal profitability will become unviable.

The more realistic problem will be that if we don’t have the people to do the job, then the jobs may not happen or they will happen but at a much slower pace. This is the bigger issue – if you cannot find the people to do the job, you don’t take the job on. This will impact housebuilding and wider construction projects. Specifically with housebuilding, there are certain trades that in the past were traditionally undertaken by non-UK nationals, including plastering and bricklaying, so there is likely to be a shortage here.

Of course, like with most things, where there is a yin there is a yang. Going forward, if applicants are no longer coming in from outside the country, I see greater opportunities being created for our UK-based youth, for them to train, to skill-up and find employment. That can only be a good thing.

After Brexit, I believe it is likely that we will see a shortage of construction materials and an increase in costs due to added duties. In terms of importing materials, parts of Europe are strong in the manufacture of certain goods – it may actually be more cost effective for us to build a factory here and produce the goods ourselves – I say let’s do it. We may have to redevelop parts of the country to produce again – and that can only be a positive thing. A country like ours should always have an industrial base.

In terms of exporting – there will be certain aspects of what we send to other parts of Europe that may become cheaper or more expensive. We just have to play the game as efficiently as possible to make sure we send as much out of the country as we can to the countries that want it.

While we are having this little battle at the moment with the EU, I actually think Europe wants us and we want Europe. While we’re currently playing this game of poker, a trade agreement will be reached, I am confident of that. I also see us having stronger links with the likes of Ireland, America, and certainly places like China, who will find us attractive as a way for them to get into Europe. We may even recreate stronger links with the southern parts of the world like Australia and New Zealand. We will find a way.

There has been much talk about how leaving the EU will affect our regulations and standards, certainly in relation to the environment. The UK has a good reputation for its high standards across the board, we have always been quite ethical, and we are without doubt one of the most advanced countries in the world in terms of legal frameworks. My only worry is that very small nuances between standards in different countries will be used by some to make it difficult for us to import and export. We have to be mindful of that. For example, here in the UK, steelwork has to have a certain strength of 500 kN per square millimetre and other countries may require a marginally different specification which could be rejected, despite it not being a problem.

To those who fear we will be out of pocket following the transition, I say fear not. The EU has invested billions into some of our major infrastructure projects, that is true, so it really is about our government plugging that gap. Infrastructure projects generate wealth – they enable people to move around faster, for businesses to be more productive, and they keep the cogs of our economy turning. I suspect there will be a greater emphasis put on these projects once we have exited the EU, and we may see more money being spent on them. I hope so.

In times of great change, society has a way of adapting to survive – people come up with other ways of doing things. I like to use the analogy – If I am not allowed to drive to the office by a certain route, I simply find another road, and I still get into the office. So I do think businesses will find an alternative route in the wake of Brexit come January 31, 2021. I suspect we may see a four-five per cent drop in the GDP of the country – but with everything that has happened this year in light of Covid, I don’t think we will notice it. The pandemic has almost made Brexit appear unimportant. It will certainly be an interesting few months ahead.