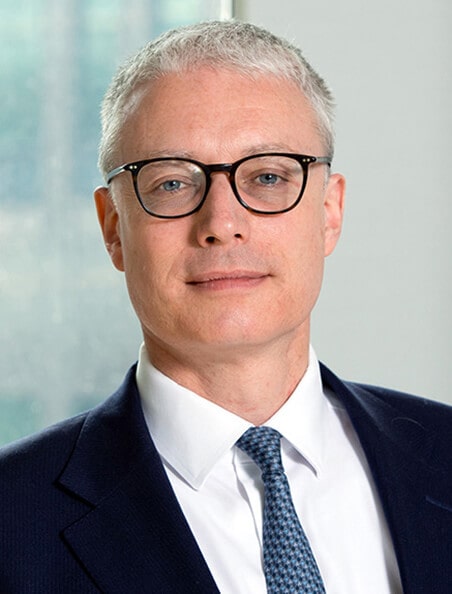 Now, following a summary judgment application to enforce two adjudicator’s decisions, the Court has emphasised the timing of the execution of a collateral warranty as paramount in construing whether it is a construction contract capable of being adjudicated upon.

In this case, the Court found that a collateral warranty executed after completion of the works was not a construction contract, and accordingly the adjudicator did not have jurisdiction in the dispute referred to him. This meant the Court declined to enforce one of the two adjudicator’s decisions on which summary judgment was sought.

Since the 1990s, the law has restricted the right to recover losses from physical damage to buildings in the absence of contractual relationships. This restriction arose for policy reasons and from a concern about opening the floodgates to litigation.

To overcome this restriction, collateral warranties have developed to connect two parties who might not otherwise have a contractual relationship to enable a right to sue in the event of future problems with the works or services. For example, a building contractor or a consultant providing works or services under a “primary” contract (such as a building contract or consultant’s appointment) might be connected through a collateral warranty with a third party beneficiary with an interest in the project. The collateral warranty provides a means through which a claim may be brought if losses arise from the completed works or services performed, such as if latent defects are found after completion. That right to sue might not otherwise exist in the absence of the contractual relationship and so collateral warranties are an important part of the security package on a construction project and real estate transaction.

If a contract is a “construction contract” under Section 104 of the Act, there is an implied right to refer any disputes arising under such a contract to adjudication at any time, even if the relevant contract contains no provisions relating to adjudication. That entitlement is attractive as adjudication as a form of dispute resolution, is much quicker and more cost effective than court proceedings where it may take years, rather than months, to obtain a decision.

Toppan Holdings Limited (“Toppan”) is the freehold owner of a luxury care home in London (“Care Home”) built by Simply Construct (UK) LLP (“Simply”). Following completion of the works, Simply’s building contract was novated to Toppan, which established a contractual link between those parties. The Care Home was let to the tenant operator, Abbey Healthcare (Mill Hill) Limited (“Abbey”). A collateral warranty to the benefit of the tenant was not procured from Simply at the time when Abbey commenced its lease.

As the building contract had been novated to Toppan, it had a direct recourse to adjudicate the disputes. However, there was no contractual link between Simply and Abbey. Toppan subsequently exercised its right to ask Simply to execute a collateral warranty to Abbey’s benefit. The Abbey collateral warranty from Simply (the “Collateral Warranty”) was only provided after High Court proceedings for specific performance had been issued against the latter.

Toppan and Abbey then brought parallel adjudications against Simply for recovery of their respective losses which were awarded in two separate awards. When Simply did not pay, the Claimants issued joint enforcement proceedings against them in the TCC. Simply defended the Abbey claim on grounds of jurisdiction, namely that the Collateral Warranty was not a construction contract within the meaning of the Act and so the right to adjudicate did not apply.

The Court noted that while the Collateral Warranty was for past and future construction operations, it had not been executed prior to practical completion, but following the discovery of the latent defects which had been remedied. While in Parkwood, Akenhead J had noted that:

These comments had been tempered by his statement that a pointer against a collateral warranty being a construction contract is that “all the works are completed and that the contractor is simply warrantying a past state of affairs as reaching a certain level, quality or standard“.

Although the Collateral Warranty confirmed that Abbey acquired no greater rights under the Collateral Warranty than would be available under the building contract, this did not mean that equivalent rights extended to an entitlement to adjudicate. The Court said that documents such as parent company guarantees may also be considered “parasitic” to their underlying contract but are not construction contracts.

As a result, the Court declined to enforce the adjudication decision in Abbey’s favour. However, three further defences raised by Simply to resist enforcement of the adjudicator’s decisions were rejected. In respect of both Toppan and Abbey, the Court refused to order a stay of execution, being satisfied Toppan and Abbey are sufficiently financially strong so as to repay any award finally determined in Simply’s favour.

This decision, the first where two adjudicator’s decisions have been considered in the same enforcement proceedings, raises important issues for the construction industry and on real estate transactions:

This case makes clear that the Courts will adopt as crucial the timing of the execution of the warranty as much as the terms of the collateral warranty. If the warranty is executed where uncompleted works remain, that will be a “very strong pointer” that the agreement is one which falls under the Act. If the warranty is executed after completion of the works, even in the case of latent defects which have been remedied, then the warranty is “unlikely” to be a construction contract, but more akin to a manufacturer’s product warranty. This judgment therefore represents a reduced emphasis on the express terms of a warranty relating to construction operations in favour of emphasis on commercial context;

In summary, the judgment brings into sharp focus the need for parties to pay close attention not just to the terms of collateral warranties agreed, but also to the timing of the entry into warranties and whether there are construction operations still to complete. Commercial negotiations may reflect the varying rights conferred by collateral warranties executed at different times. A collateral warranty conferring the right to adjudicate will likely be considered more valuable than one entered after practical completion which would now limit a beneficiary’s rights to adjudicate as a result of this decision. As a result, the Claimant intends to appeal the decision to the Court of Appeal.