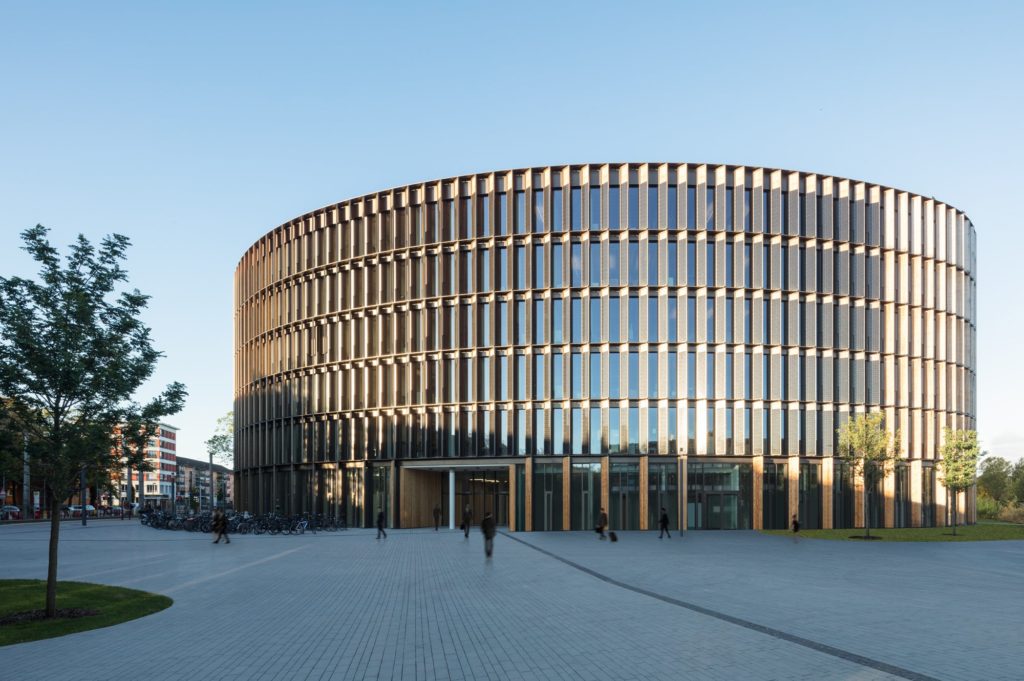 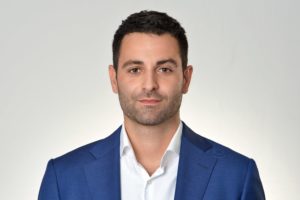 Climate change didn’t form a credible part of the national conversation until the latter half of the previous century, so housebuilding’s impact on the environment was rarely given a second thought.

For the politicians of yesteryear, the priority was to alleviate the dire conditions in which swathes of the population found themselves living; and so, an unprecedented housebuilding program was launched, peaking in the 1930s with 350,000 new homes being a year.

Similarly to how the Government then acted out of necessity and built homes for the masses, today we are facing a new, two-pronged obligation; to address Britain’s new housing crisis – as sustainably and environmentally-friendly as possible.

Thanks to strides forward in green technology, the UK could be on the cusp of a new Industrial Revolution; a lucrative one that does away with carbon emissions altogether, recognises the real-world value of construction materials and expands on the digital revolution of the 1990s and early 2000s.

But it is essential that the cost of embracing carbon-neutral development be viewed as a long-term investment, or housebuilding risks reverting to quick-fixes and poor-quality developments. This will demand a much more granular approach to construction, to the extent of analysing each and every material used in the building process to determine a home’s overall carbon footprint. Fortunately, the Future Homes Standard (due for completion by 2025) was announced earlier this year, marking a positive step forward to ensure housing is fit for the future.

Sustainability is already a significant force behind the growth of emerging economies, as leaders realise the long-term benefits of greener infrastructure. In Vietnam, for example, Drees & Sommer is helping to deliver Deutsches Haus, in Ho Chi Minh City, where the average salary is just £122.49 a month.[1] Utilising a cost-effective design, low energy consumption and ecological materials to generate renewable energy, the building now sets a benchmark in sustainability for Vietnam and has been awarded several real estate prizes, including the International South East Asian Property Award.

The transition to sustainability in countries that prioritise it will continue to be a driving force behind new Green Economies, creating the need for new professional figures and developing tens of millions of new jobs [2]. Already, Zambia’s Green Jobs Programme is setting out to create at least 5,000 green jobs in its construction sector, particularly for young people. These will include traditional labourer jobs, but in addition to a host of new, green-focused roles.

Zambia’s example is one Britain – where big larger residential schemes are generally awarded to a relatively small number of large developers – can learn from. The country’s Green Jobs Programme empowers and builds micro, small and medium enterprises (MSMEs) within its construction industry, which benefit from a market-driven mix of financial, non-financial and value chain development services, including access to green finance.

Should a similar model be applied to Britain – with sustainable building and construction as a priority – smaller builders and developers would be incentivized to pursue more ambitious projects, helping to alleviate the housing crisis. The pursuit of a green residential construction sector may also help plug the UK’s worsening skills shortage, as fewer young people pursue careers in construction. The introduction of new, green jobs within the sector, however, could re-enfranchise an increasingly environment-conscious youth to consider working in the industry.

With more and more people living in urban areas and cities worldwide, municipalities find themselves in a unique position to lead the way in sustainability. The UK, perhaps, should look to its neighbours for inspiration and, in particular, the Europacity district in the heart of Berlin.  The 1,880,000sq ft development is being constructed in accordance with Drees & continental Sommer’s Blue City concept. When complete, the result will be a sustainable residential and commercial district – including nearly 1,000 apartments – that builds on climate protection goals, featuring innovations in energy efficiency and generation, smart grids and electromobility. And in Freiburg , south-west Germany, the city hall generates all of its own electricity and feeds surplus power energy back into the grid – lowering Freiburg’s reliance on non-renewable sources of power. 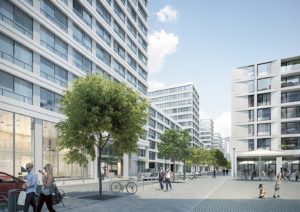 While still in development, the Government’s Future Homes Standard will almost certainly advocate the use of low-carbon building materials. As such, this will require an in-depth assessment of the material’s projected life-cycle – from the manufacturing process all the way to disposal or recycling. While the reduction of operation Co2 is technically easily possible (eg: through use of renewable energy), the reduction of carbon embedded into actual construction materials can prove challenging , so is most effectively reduced through an understanding of the ‘circular economy’. Known as Cradle to Cradle (C2C), the concept aims to solve our resource problem and minimise waste. Last year alone, 60% of the UK’s waste was related to the construction sector.  With C2C, biodegradable goods ultimately return to the natural nutrient cycle, while durable goods are designed for disassembly so that they can end up being broken down into separate raw materials and, after use, can be re-used. Any waste that is generated when C2C applies is transformed into nutrition. Whereas previously we tried simply to minimise landfill waste, C2C does away with it all together while contributing towards a positive footprint.

Digitalization, too, is fast-becoming an integral part of how we interact with buildings and investing in it now safeguards value later on. Already, people control heating and air conditioning via smartphone apps and, as technology becomes more integrated into our homes. In the near-future, buildings will adjust to the user’s behavior and prepare themselves for forecasted events such as a heat-waves announced in the weather forecast. A greater number of high-skilled jobs and altogether new jobs will be created to develop and improve on those technologies as they become all the more relevant to the UK housing drive. In addition to intelligent building design, such as excellent insulation and natural venting for cooling, digitalisation and automation can have a significant impact on a home’s carbon footprint.

These processes will drive a greener society that not only will deliver the long-lasting, sustainable homes Britain so desperately needs, but also open up a wealth of other opportunities in creating more green jobs within the construction and tech industries. Indeed, our projects in Customised Smart Buildings already play an important role in the business world, bringing together well-established companies and start-ups to provide mutually beneficial solutions to a range of challenges. With customized smart buildings future landlords and investors will not only generate income through rent, they will be able to offer new use-cases and services for occupants and tenants by utilising data.

But the advantages, of course, are not confined to financial gain alone – we will be taking real, impactful steps towards lowering carbon emissions. The economic, social and environmental benefits of sustainable design and construction have already been demonstrated in other countries, leaving a long-term, eco-friendly housing plan as the clear path for Britain to now embark on.

For now, Brexit dominates our national discourse. But with no immediate solution to the housing crisis in sight, it just might be that, after normality returns, the country’s focus will shift to housing once again – and building those homes sustainably will form a key tenet.