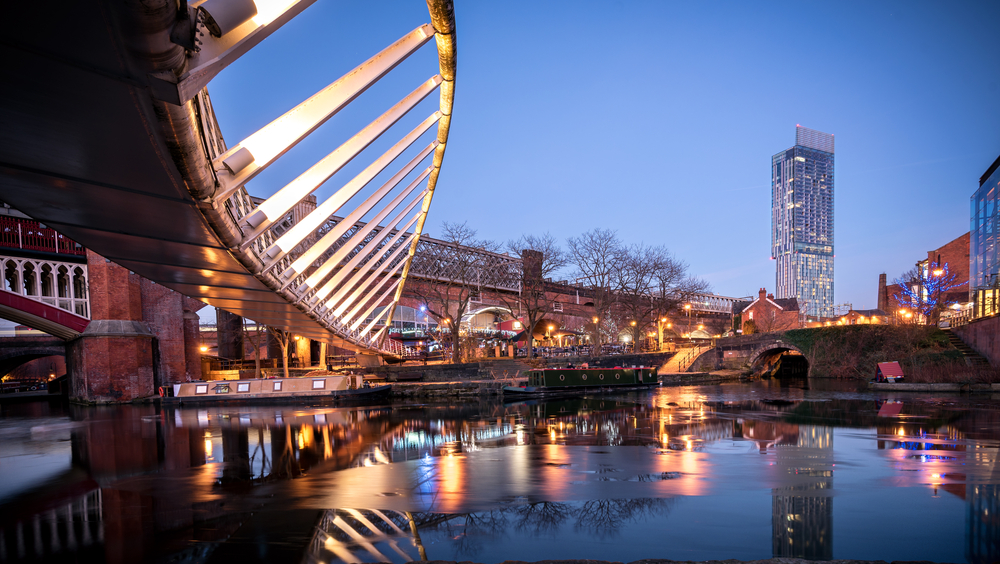 When George Osborne set out his plan to create a Northern Powerhouse back in 2014, the former Chancellor identified four “ingredients that would transform the Northern economy: transport, devolution, innovation and culture”. Today we can see that there has been progress with three of these elements, says Hiro Aso at Gensler.

City-region mayors have been appointed in Greater Manchester and Liverpool, allowing these cities more autonomy in their future. And last year saw Hull enjoy huge success as the UK’s Capital of Culture, thanks to significant investment from central Government. But without question, it is transport infrastructure that will have the most transformational impact on the Northern economy. Northern England has a population of over 15 million – more than Greater London. It contains five of the UK’s ten largest cities, and contributes 20% of UK GDP.

These plans are ambitious, and include a new rail line between Liverpool and the HS2 Manchester Spur via Warrington; upgrades to the lines to Hull from Leeds and Sheffield; investment at Newcastle, York and Manchester Piccadilly stations to boost capacity; improvements to the A590 and A595; and work on the M53 junctions 5 to 11.

Without substantial investment in transport and transport infrastructure, there can be no Northern Powerhouse. And that means major investment not just in HS2 but in a transport system that will transform connectivity between the key cities in the north: Manchester, Leeds, Bradford, Liverpool and Hull.

As well as HS2, which will connect Manchester and Leeds to the south, regional leaders in the north are recommending Northern Powerhouse Rail to improve east-west connections across the North, cutting journey times between Manchester and Bradford to 20 minutes and bringing 10 million people within a two-hour train journey of Manchester Airport. This, they say, will deliver an economic benefit to the north of up to £100Bn.

While I applaud these plans, I believe that making the Northern Powerhouse a reality is going to require more than faster trains. As well as connectivity, it is a culture of collaboration, rather than competition, that will be needed between the cities of the north but also between the several departments and sectors involved with NPH – including Transport and Energy, Housing and Manufacture, Education and Business. The question then is who will oversee a balanced, co-ordinated NPH strategy?

Whilst key supporters and stakeholders recognise that a united North of England is vital, with the cities working together to develop a robust regional economy, each city also needs to establish its unique position in the market. This vital piece of the puzzle is unlikely to be a priority for central government; Northern cities will need to create their own identity and cultural legacy, engaging the business community and unlocking the economic potential (estimated at over £1Bn) that exists.

If we are serious about investing in the North, it is essential to agree that connectivity is needed to deliver the economic plan – the cities need to connect and collaborate with each other physically, economically and culturally in order to comprise a true Northern Powerhouse, with a dynamic infrastructure existing alongside the development of culture, science and skills.

In the key Northern cities of Leeds, York and Manchester, Gensler, along with other architects, designers and engineers, is working to address these questions. We’ve seen first-hand that when foreign investors look to the Northern Powerhouse, they are not only interested in investing in a city with genuine potential to grow, but also in cities that embrace the essential elements of a vibrant community—connected, resilient, inspiring and healthy. Social and transport connectivity need to be of equal standing in a city’s infrastructural agenda, producing buoyant cities that are inspiring and healthy for all.

For this to be successful, we need to ensure that the transit authority, the local governing jurisdictions and private developers are all aligned. Vision and leadership will be essential to fully address long-term regional growth trends and needs that should be achievable through genuine collaboration.

While there is still uncertainty as to how the UK, will fare post Brexit, what is certain is that we need to ensure that each of our key cities in the North is as strong economically and culturally as they can be, working in collaboration with each to create what will indeed be a Powerhouse of the north. A strong central strategy will help overcome this uncertainly and send an emphatic message that the Northern powerhouse is not just a concept but a reality that we will celebrate.

Hiro Aso is a leading UK-based specialist in the architectural design and delivery of regenerative transport hubs, with more than 20 years of experience. He has led major railway infrastructure projects in the UK, most notably as lead architect overseeing the multi-award winning redevelopment of London King’s Cross Station for Network Rail and Crossrail Bond Street.