Comms365 looks at the missing piece of the Smart City puzzle 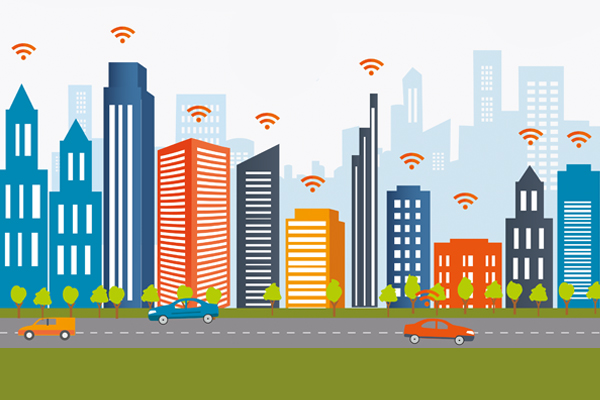 Here at Comms365, we’re working with a variety of clients to help put the UK on the Smart City map. As recent research suggests that the UK is lagging behind in the industry when compared to its European cousins and further afield, it’s time the channel and resellers work together to address the issues facing mass Smart City deployments in the UK.

Our very own Head of IoT and Products, Nick Sacke, gives his insight into the current Smart City market, what’s required for a successful project and what it means for the UK and beyond.

The percentage of people living in cities has risen sharply over the years with an estimated 65% of the world’s population projected to be living in cities by 2040. As cities start to prepare for exploding population numbers, Smart City technology has risen to prominence, with the promise of delivering actionable data to help cities cope operationally with the increasing and varied demands of citizens for services . Across the globe we have seen dozens of Smart City projects, yet the development of such projects in the UK has been relatively modest in scale and pace, with trials in Milton Keynes, London, Bristol, Manchester and Cambridge still in their pilot phases. However, the race to achieve truly Smart Cities should not be a sprint; and it is not necessarily the first adopters that will reap the greatest benefits.

There is no doubt that a good number of cities that have rolled out smart projects are already realising tangible benefits. India’s 100 Smart Cities’ goal is a great example of where the technology has been rolled out widely and quickly with cities like Chennai successfully using smart, integrated IoT solutions to tackle traffic congestion issues. However, a compelling aspect of these projects – one that the UK’s Smart Cities could learn from – is that many of the early projects adopted a ‘build it and they will come’ approach. That is, flood a city with pervasive connectivity, sensors and data storage and analytics infrastructure at scale from the beginning, thereby ensuring that the platform to support Smart projects is immediately available, providing a fertile ground for small and large businesses and the academic community to innovate, research, develop applications and (most importantly) commercialise services at scale for actual use cases that deliver tangible operational benefits.

This offers a lesson for the UK as it continues to roll out and develop its own Smart Cities: the most successful will combine a scalable, operationally aware and efficient technical environment to nurture innovation, which combined with academic research into the most suitable applications for IoT use cases delivers commercialisation and an outcome.

Blending academia and innovation for success

Academia is the foundation of Smart City projects, with many developed in partnership with educational institutions. The overarching advantage of this partnership is that it ensures well planned, credible, structured projects that take a scientific approach to adding value to cities and city planning. Academia provides the research design that ensures innovation is aligned to functional solutions that tackle key issues to benefit the population, such as reduced traffic congestion, reduced water and energy consumption and better waste management. However, often this stage is powered by grants and funding and so a further step is needed to make these solutions self-sufficient, with long term commercial viability.

Why a commercial mindset will give UK Smart Cities the edge

The commercialisation of Smart City projects is a key component in pushing them beyond their pilot stages. Companies working on Smart City solutions need to drive both valuable and actionable insights, to offer commercially viable IoT that can both add value and have a positive impact on the bottom line.

Identifying the right pain points is crucial, before addressing them in the best way possible. Sustainability issues are an obvious starting point as they offer the opportunity not only to benefit the environment, but with lighting alone making up 19% of the world’s total electricity consumption for example, offer a significant cost saving opportunity.

An example of success in this field is Yokohama in Japan, which has been dubbed a Smart City through its energy program. Suffering from a stark rise in population that caused construction and pollution increases, with collaboration from the city government, private sector, citizens and household brand names, a pilot was rolled out in just 4,000 homes and resulted in a 20% decrease in power consumption. This Smart Project started with innovation born from necessity, but also took on board government and citizen interests and provided a valuable, measurable, commercial outcome.

By combining the three elements of academia, innovation and commercialisation, we improve Smart City programmes, and the potential for those outside cities to benefit. The commercial aspect results in a value-driven and scalable model, which becomes a technology that is possible to roll out across whole regions – even countries, allowing towns and villages to reap the same benefits as their Smart City neighbours.

It’s a familiar scenario. Your construction project is starting but you’re waiting for fixed line internet installation which

Construction Project Managers, IT Directors and on-site employees will know how important a reliable on-site internet connection is

If you’re in charge of operations for construction sites, you’ll be responsible for the success of projects and

It’s been an exciting year so far at Comms365, so we wanted to share a few highlights

Following on from our first installment, Nick Sacke, Head of Products at Comms365, delves further into the topic

As Head of Products at Comms365, Nick Sacke is experienced in all things SD-WAN and was recently

Why investing in reliable internet is critical for construction programmes

Winning the Market Maker Best IoT/ M2M Provider at the Comms Business Awards has made us very proud.

Bringing SD-WAN to the channel and supporting SME digital transformation

The channel plays a unique and vital part in defining the Digital Transformation strategies of many companies.

Comms365 pause and reflect on what has been a great first quarter of 2017.

Comms365 in the LoRaWAN ecosystem

Comms365 are integral in the process to create the connectivity infrastructure for the IoT.

Mobile World Congress (MWC) is the biggest event in the telecommunication industry calendar.

Organisations are looking at IoT to assess opportunities to improve efficiency and enhance customer experience.

2016 – The year of big industry developments, awards, events and more!

The last few months have certainly been busy for Comms365!

Want to know more about the benefits of SD-WAN?

This addition is designed to secure and optimise the Cloud experience in a private network.

Finalists in two categories at the Comms National Awards 2016

The winners are announced on 13th October.

IoT Success in the Construction Industry and at Hillhead 2016

Comms365 received significant interest in the Internet of Things (IoT).

IoT in the News

The last few months have certainly been busy for Comms365 and IoT!

Comms365 in the News – Comms Business

The Internet of Things is a big and varied topic, with many different potential applications.

Comms365 Shortlisted for a Computing Vendor Excellence Award with CloudProtect

Comms365 are delighted to be showcasing one of the latest products in their portfolio.

The new appointments are to support continued sales growth.

Comms365 is hoping to further its success whilst gathering more award wins along the way!

Events and Awards: It’s a busy year ahead

At Comms365 we take pride in our apprenticeship scheme.

We took home our first award of the year at the Milton Keynes Business Achievement Awards.

Comms365 ticks all the boxes