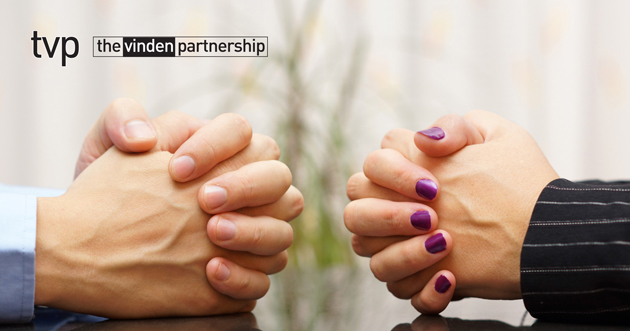 It is far from unusual for construction contracts to require instructions that are intended to vary the works by increasing or changing scope to be put in writing before an Employer is then obliged to pay for the work done under that instruction. The object of such a provision is clear; it is to avoid unwelcome shocks when it comes to settling the final account at a later date.

Clever lawyers drafting contracts for their Clients will be tempted to head off the above scenario by including a “no amendment” or “anti-variation” provision in a drafted contract to make it clear that the Employer will have no liability to pay for any additional or varied work unless there is a written document signed by both Parties which varies the original contract to encompass the increased scope of works arising from the instructed amendment.

Call me old-fashioned and cynical if you like but could such an express term have been conceived with the intention of allowing an Employer potentially to get something for nothing? Or is such a term genuinely included to protect both Parties, such that the Contractor is not obliged to undertake any amended work and the Employer will not be obliged to pay any additional costs associated with the amendment unless it is in writing and signed by both Parties.

The Court of Appeal has recently considered “no amendment” clauses in a case called “Globe Motors Inc v TRW Lucas Varity Electric Steering Ltd; CA 20 Apr 2016” in which the court had cause to consider a provision at Article 6.3 which said:

“This Agreement ….can only be amended by a written document which (i) specifically refers to the provision of this Agreement to be amended and (ii) is signed by both Parties”

Despite what appear to be clear words requiring any amendment to be in writing the Court of Appeal decided that it was still open to the Parties to vary their agreement orally or by conduct.

In what is a lengthy decision this is what the presiding judges had to say.

“Absent statutory or common law restrictions, the general principle of the English law of contract…… The parties have freedom to agree whatever terms they choose to undertake, and can do so in a document, by word of mouth, or by conduct. The consequence in this context is that in principle the fact that the parties’ contract contains a clause such as Article 6.3 does not prevent them from later making a new contract varying the contract by an oral agreement or by conduct.”

“It seems to me entirely legitimate that the parties to a formal written agreement should wish to insist that any subsequent variation should be agreed in writing (and perhaps also, as here, in some specific form), as a protection against the raising of subsequent ill-founded allegations that its terms have been varied by oral agreement or by conduct: even though ill-founded, such allegations may make the obligations under the contract more difficult to enforce, most obviously by making it more difficult to obtain summary judgment. But the arguments in favour of a flexible approach are also strong; and in the end, even if it were desirable to treat provisions of this kind as entrenched, I cannot see a doctrinally satisfactory way of achieving that result. I have considered whether there might be some kind of half-way house, which made it formally more difficult for a party to establish a “nonconforming” variation; but none was suggested in argument and I cannot see any that would be of realistic value.

It does not follow that clauses like the second sentence of Article 6.3 have no value at all. In many cases parties intending to rely on informal communications and/or a course of conduct to modify their obligations under a formally agreed contract will encounter difficulties in showing that both parties intended that what was said or done should alter their legal relations; and there may also be problems about authority. Those difficulties may be significantly greater if they have agreed to a provision requiring formal variation.”

“I agree with Beatson LJ that Article 6.3 does not prevent the parties from varying the Agreement orally or in any other informal manner. The governing principle, in my view, is that of party autonomy. The principle of freedom of contract entitles parties to agree whatever terms they choose, subject to certain limits imposed by public policy of the kind to which Beatson LJ refers. The parties are therefore free to include terms regulating the manner in which the contract can be varied, but just as they can create obligations at will, so also can they discharge or vary them, at any rate where to do so would not affect the rights of third parties. If there is an analogy with the position of Parliament, it is in the principle that Parliament cannot bind its successors.

I can see the force of the suggestion that there might well be practical benefits in being able to restrict the manner or form in which an agreement can be varied, but like Underhill LJ I do not think that there is a principled basis on which that can be achieved. A clause such as Article 6.3 in this case may have considerable practical utility, if only because it is likely to raise in an acute form the question of whether parties who are said to have varied the contract otherwise than in the prescribed manner really intended to do so. As a matter of principle, however, I do not think that they can effectively tie their hands so as to remove from themselves the power to vary the contract informally, if only because they can agree to dispense with the restriction itself. Nor do I think this need be a matter of concern, given that nothing can be done without the agreement of both parties; and if the parties are in agreement, there is no reason why that agreement should not be effective.”

So although there is nothing to stop parties from including “no amendment” or “anti-variation” provisions in their contracts these provisions will not prevent Parties from subsequently amending or varying their contract by oral agreement and/or conduct.

Peter Vinden is a practising Arbitrator, Adjudicator, Mediator and Expert. He is Managing Director of The Vinden Partnership and can be contacted by email at [email protected] For similar articles please visit www.vinden.co.uk

They say there is no such thing as a free lunch, or is there?

The last 12 months has seen a steady increase in construction activity.