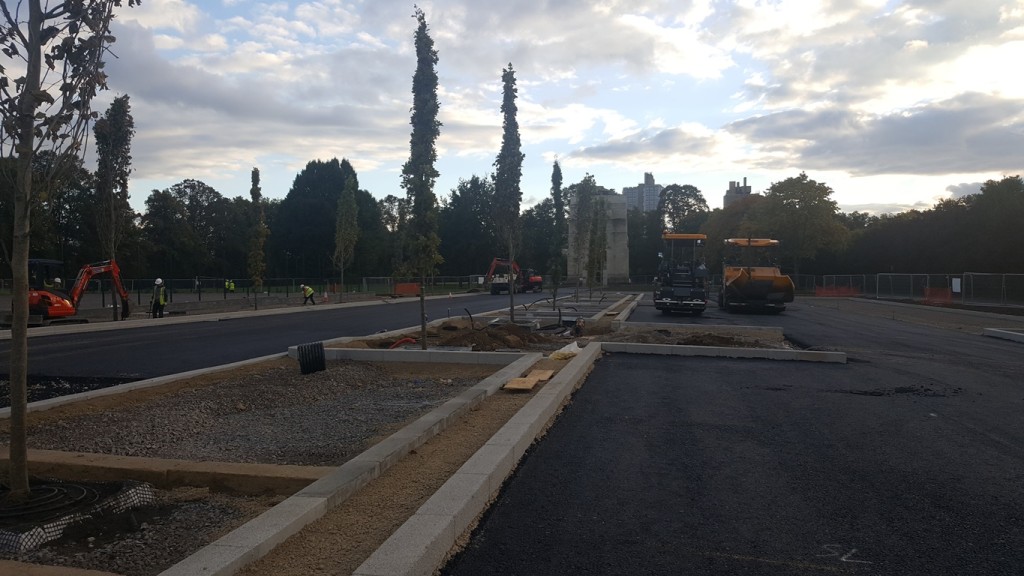 The £2.2million contract includes refurbishment and extension of the Granville Road Car Park in Leicester, along with the creation of a new processional route from London Road through the car park to the war memorial at the other end of the park. In addition, we are also undertaking the complete renovation / rebuild of the existing tennis courts including new fencing, retaining walls and surfacing and lighting.

The architect and council have opted for a very high end pallet of materials including conservation kerbing throughout, along with large quantities of grey and buff ‘Ulticolour’ tarmac.

As part of this contract, we have inducted over 100 people on to the scheme with between 15 and 30 staff on site at any one time including a permanent site engineer, site agent and construction management team. 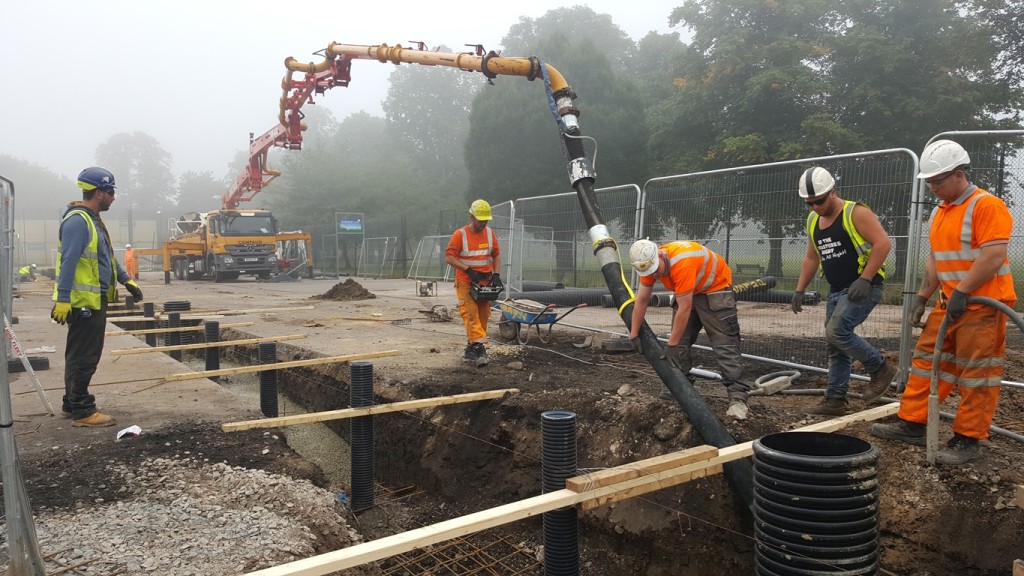